Here's a new drinking game for you: Can you name the drinks that Steely Dan references in their songs?

What's the drink in "Home At Last?"

What's the beverage in "Babylon Sisters?" 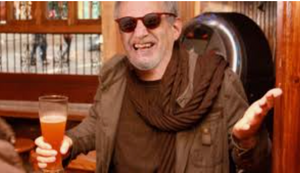 The boys in the Dan were very creative when it came to naming drinks in their songs. To wit, we never knew what retsina was before we heard about it in "Home At Last." And now we can picture Homer sipping a little retsina as he sails toward Troy.

They also travel the world through their drinks menu. Kirschwasser is a German cherry brandy. Retsina is a Greek liqueur that tastes like licorice.

In fact, the Dan references so much booze in their songs that you can make a drinking game out of it. We wish we had thought of this idea ourselves, but to give credit where it's due -- we first saw this idea in an Ultimate Classic Rock post, check it out when you have a minute.

OK, so here's the game: See if you can name which drink is referenced in each song below (answer key at bottom of this article):

What did we miss? Are there other songs in the Steely Dan catalog that reference drinks? Leave a comment and let us know!

If you're a fan of songs that reference booze, you might like Gooseneck's latest record, The Golden Goose. See if you can find references to drinks on the album.